Starting a franchise is a great way to build and develop your own business in the long-term. However, if you want your franchise to succeed, it’s important that you don’t start out on the wrong foot. While you always want to be on great terms with your franchisor, it’s crucial to create terms that won’t leave you hanging or put you in an impossible place later on. Your franchise agreement is there to protect you. That’s why reading thoroughly and negotiating is an important step to getting you set up for success. If you’re starting your franchise business or simply looking through chemdryfranchise.com.au for ideas about franchising, it’s important to know the ins and outs of franchise agreements and negotiation. That way, you’ll be able to take your mind off legal issues and focus on building up your franchise and making it truly great, sustainable, and profitable as your business grows. If you’re starting out, here are a few absolute essential terms to pay attention to in your negotiation.

As a franchisee, you want to protect your assets and make sure your decision to open a franchise won’t interfere with other business transactions. For instance, some franchise contracts state that a franchisor shouldn’t be able to “compete” against the franchise itself. This boils down to a restriction that prohibits or limits you from opening another store or restaurant that could be viewed as a competitive entity. While this might seem like a fair clause at first, consider this: Most franchises, just like any start-up business, take several years to get off the ground. You might not see profit from your first franchise location for three to five years, during which time you’ll still be responsible for paying your rent, your employees, and buying all the equipment for your primary location. If this sounds like a lot to take on, it is. Because of this, there’s no reason you shouldn’t be able to open another business on the side in order to create another income stream or simply expand a pre-existing business. This non-compete period could even last up to a decade, which means you can’t start anything new for ten full years. If you’re asked to sign onto a restricted covenants section of your agreement, you should renegotiate.

Every few years, you’ll be able to renew your rights to your business. This provides an opportunity for you to renegotiate terms or sell off your part of the business entirely. However, for many franchisees, signing onto a too-short renewal agreement can cause problems down the road. What you want is to protect yourself by gaining rolling renewal rights, meaning you’re protected from being bought out or effectively sold out against your will. Having some leeway when it comes to renewal rights means that you can renegotiate terms and get the best deal for yourself whether you’re planning on selling or sticking it out. In short, any franchisor that doesn’t want to give you a good renewal option might have something up their sleeve. You’ll have to be firm about getting the renewal rights you deserve, but remember, you don’t ever want to be in a position where you’ve lost control of your own business through a basic oversight.

When you sign a contract with a franchisor, you have to agree on what you’re financially responsible for in the location. While most times your franchisor will be responsible for the basics, including equipment, rent, and employee salaries, you may run into a situation where you’re being asked to cover things that don’t have anything to do with your business. This includes issues that arise that are specific to the site, such as worker’s comp for on-site injuries, property owners, and other unseen costs that have nothing to do with the brand or with your original business. The key to making your guaranties section work for you is to narrow it down so that you’re only responsible for costs that have to do with your business. It should be understood that your franchisor should bear the cost of the site itself. When it comes to broader company-wide costs, such as advertising budgets, you should be involved. However, if something happens at your first franchise site and you end up being financially liable for it, you could end up paying for years to come. Protect yourself by seriously narrowing down your financial responsibilities. 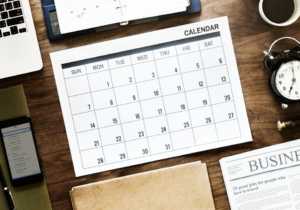 Often times, a franchisor will want to waste absolutely no time in getting a new franchise location off the ground. However, as a franchisee, you already know the ins and outs of operating and starting a business from scratch, which means you know what’s a realistic expectation and what’s not. If your franchise agreement stipulates that you have to get your next location up and running in six months and you know it’s going to take seven just to prep the location and get the equipment, it’s up to you to put your foot down. Don’t be intimidated by hungry franchisors who want to get things going as quickly as possible. You’re the one who knows what’s doable, and it should be up to you to set a realistic schedule for the opening of the next few locations. If you agree to something that simply isn’t possible, you could end up losing your right to those franchise locations.

In many contracts, you’ll find a clause that effectively exists to protect the franchisor against fraud committed by a franchisee. This can be a useful thing to have in a contract, however, if the provisions and penalties for this type of issue are too broad, you could end up losing your right to the franchise because of something that’s far from fraud. It could even be something totally accidental, like a franchise unit that was being managed poorly and allowed your franchisor to make a case that you were an unfit owner for all units. Don’t let your business be taken away on a technicality. Fight to protect your rights by negotiating for a less stern penalty clause.